A Banner Year for Our Boycott Campaign! 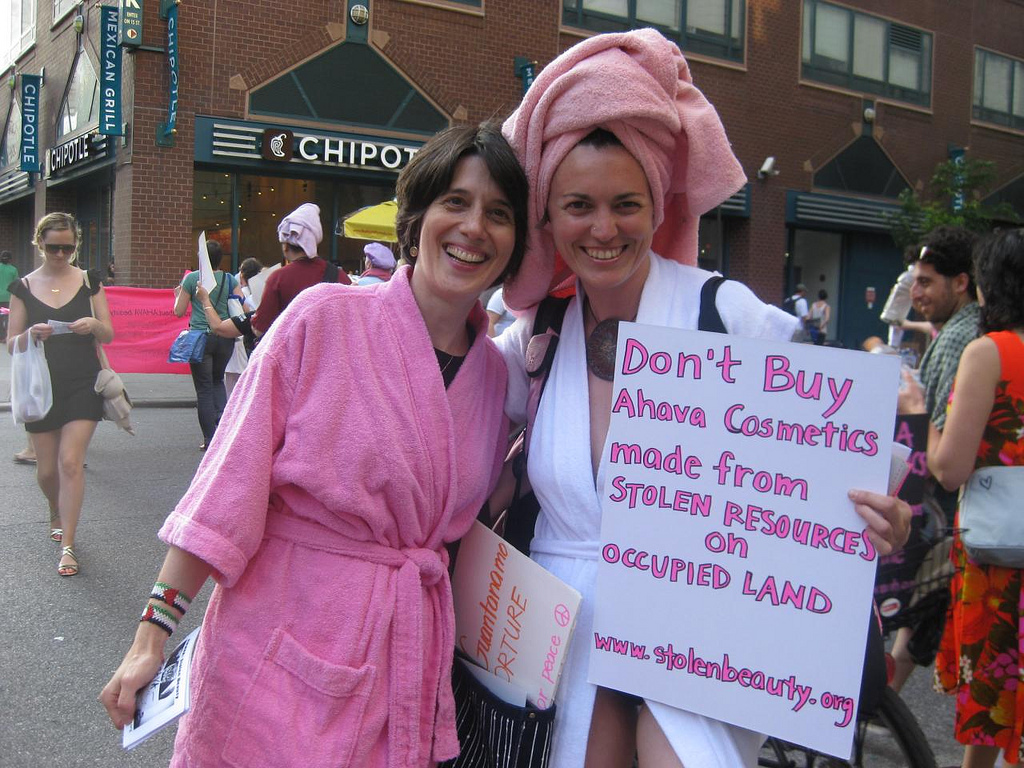 2012 was a banner year for our boycott campaign, and we wanted to make sure you knew about the accomplishments that you helped make possible! The victories are too numerous to list here, but you can see them all on our campaign timeline.

International highlights include Ahava being dropped by its Japanese agent distributor, the South African government's calling out Ahava by name in a push for accurate labeling of settlement goods, and a major Norwegian retailer's discontinuing sales of Ahava.

The year also saw Ahava being denounced in reports from Who Profits, Al Haq, and a coalition of 22 NGO's. You might say that Ahava has become the poster child for the evils of illegal settlement goods and occupation profiteering.

In 2013, we will continue our efforts to hold the company accountable for its violations of international law--particularly its pillage of occupied natural resources. We will be calling on you soon to help us keep the pressure on Nordstrom, a “socially responsible” retailer that knowingly sells Ahava's pillaged mud products, but in the meantime, please thank Lonely Planet for dropping Ahava from its travel guide!

Thank you so much for supporting human rights and international law, and for helping to take the profit out of occupation!